The rogue practice of removing vital pollution filters from the exhausts of diesel vehicles has suffered a blow with the Advertising Standards Authority (ASA) for the first time banning an advert for the service.

However the number of filterless cars on UK roads, pumping out high levels of toxic particles, remains unknown and air pollution campaigners say the government must investigate and then crack down on the shady practice.

Particulate pollution causes almost 29,000 early deaths each year, costing £15bn in health costs. Diesel particulate filters (DPFs) have been compulsory in new diesel cars since 2009 but can become clogged and cause breakdowns, particularly for city drivers. 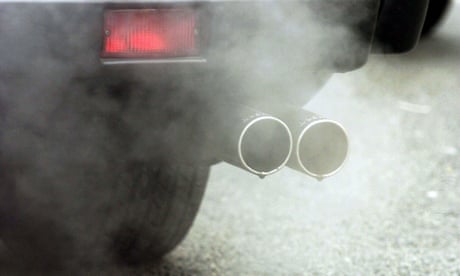 Replacing DPFs usually costs more than a £1,000 and, as a result, many garages across the country offer to remove the filter completely for a few hundred pounds. They exploit a legal loophole which means removing a DPF is not an offence, only driving the car afterwards on a public road. Without the filter, particulate emissions are likely to soar fivefold.

Friends of the Earth complained to the ASA about an online advert from a garage in Bristol which offered to remove DPFs. The advert said: “The only MOT regulation regarding the DPF is a simple visual inspection. As long as the DPF still appears to be fitted, the vehicle will pass the MOT visual inspection. Therefore we only remove the internal core, leaving the outer casing in place. The vehicle will appear to have a DPF fitted and will appear unmodified.”

A qualification was included at the bottom of the advert which stated “*Our DPF Removal service is sold for off-road use only”. However, the ASA concluded on Wednesday that this “was not sufficiently prominent to counter the overall impression that vehicles which had their DPF removed could be used on public roads” and banned the advert as misleading.

Any future adverts must make “immediately clear with sufficient prominence that it is illegal to drive such vehicles on a public road”, the watchdog said.

In 2014, ministers said the “unacceptable” practice of removing the filters was “clearly detrimental to people’s health” and introduced a visual check into the MOT. The Guardian revealed in May this had caught 1,188 vehicles. But with some garages promising “invisible” DPF removal to beat the MOT test, as in the case of the banned advert, the true number of filterless vehicles is likely to be much higher. 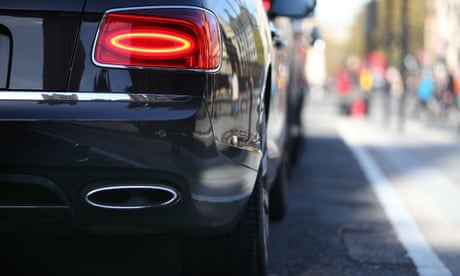 “The more we uncover about diesel vehicles, the dodgier they seem,” said Aaron Kiely, at Friends of the Earth. “Removal of pollution filters – which are designed to reduce dangerous emissions and protect people’s health – should clearly be illegal. The Department for Transport must also investigate the full scale of this problem and clamp down on those who are putting people’s lives at risk.”

A spokesman for the Department for Transport (DfT) said: “The government is firmly committed to improving the UK’s air quality and cutting harmful emissions. Changes to the MOT test were implemented in 2014 to ensure that particulate filters are fitted where necessary and if not then the vehicle would fail the test.”

“Alternative methods of detecting the removal or effectiveness of particulate filters are under development and we are examining their suitability for use in an MOT,” said DfT spokesman: “Further research is required to ensure potential methods accurately determine a pass or fail.”

Almost all diesel cars have also been revealed as emitting far higher levels of nitrogen dioxide than official limits. NO2 levels are illegally high in most of the UK’s air quality zones and calls are rising to ban dirty diesel vehicles from British city centres, as Paris, Madrid, Athens and Mexico City have already pledged.

In May, the Guardian also revealed that Google, eBay and Gumtree had refused to ban adverts offering to remove DPFs.